An Introduction to Usenet

It all started when two Duke University students came up with an idea in 1979. They created Usenet, a small network that would connect students and allow them to communicate via messages posted to "newsgroups". Just like Facebook, Usenet spread like wildfire across college campuses around the world. These newsgroups worked similarly to the internet forums of today, but instead of having a centralized server, Usenet operated on a distributed network architecture.

As the internet evolved, ISPs such as AOL gave their customers access to Usenet servers. Users began to upload their own pictures as binary files. This opened Usenet to a much larger user base that spread across the world. During this time, Usenet was moving beyond merely being for graduate students sharing their news, research, and academic material, to something much more complex.

Today, Usenet is comprised of servers across the world and over 110,000 newsgroups. The topics covered are everything from scientific discussion to members sharing pictures of their favorite locomotives.

At its core, Usenet is all about sharing information. It is a network that allows people to distribute information freely across a secure, fast, and distributed network. The beauty of Usenet is that it is completely decentralized and not controlled by a single organization.

Usenet is run over a network of servers across the world, all of which mirror the same newsgroups and binary files through SSL-secured connections, and are thus totally encrypted and private. With these connections, it's nice for users to know that their search and download history is completely private.

Usenet has stood the test of time since 1980 because it is dependable, easy, and secure. Files accessed on Usenet are sent over a decentralized network available over SSL encryption.

Usenet initially started as a communication system and it quickly evolved to a worldwide distributed discussion system. There are many active newsgroups about nearly any topic you can imagine. On one level, some view Usenet newsgroups as a mix between email and web forums. Usenet is connected across a massive, continuously changing network of servers that connect messages via news feeds. Users can read, post, and transfer articles and files safely and securely for total peace of mind.

Usenet is probably the most efficient way to transfer data. Indeed, Usenet is very fast - quicker than almost any other similar service, and provides an efficient trio of speed, safety, and overall utility.

There's a tremendous amount of customization available with Usenet. Many users automate their Usenet setup while others may take a more manual approach. Either way, many users utilize NZB files to assist them with their process. The more automated systems can even automatically search your indexer for content you are interested in, then send the NZB files directly to your Usenet client.

Usenet is also encrypted and considerably safer for users than other services. It's a safer option partially because you need to purchase a subscription from a Usenet provider. It's not a huge expense, and considering the benefits from utilizing the service (ultra-fast download speeds, security, etc.), it's a small price to pay if you take advantage of everything that Usenet has to offer.

How to Get Started With Usenet

A "Usenet provider" is a service that utilizes servers to store content on Usenet, and offer their members access to their Usenet servers. Occasionally, an internet service provider (ISP) may offer access to Usenet news servers, but often this access has retention limited to single digit days.

There are several metrics to consider when choosing a Usenet provider. Retention refers to the number of days posted content is maintained. When posts go beyond that retention limit, they are no longer available. Be sure to choose a Usenet provider with a large binary retention time to ensure you have options with your binary files and data. Easynews has reached over 5283 days binary retention - this is one of the highest numbers available across the entire Usenet industry.

You'll also want a provider with a high amount of connections for faster Usenet downloads. With 60 SSL-secured connections, you'll get super-fast download speeds on Easynews.

Ultimately, your ISP bandwidth, number of connections (also known as threads), and Usenet download speeds will directly impact how quickly you can access Usenet. If you are a heavy user, be sure to pick a provider that offers unlimited download speeds - which is offered on every Easynews plan. Having low limits defeats the point of the service altogether for heavy Usenet users who access large amounts of binary files.

What is a Newsreader?

There are over 110,000 Usenet newsgroups available for a range of interests such as politics, physics, multimedia, software testing, coding, and much more. It's easy to find newsgroups with Usenet search engines to locate specific types of content. Users use "newsreaders", similar to how you would use a web browser like Chrome, and a search engine like Google, to search and access Usenet content. The only difference is that a newsreader is a combination of the two.

There are two types of newsreaders: text-based newsreaders, which enable users to access newsgroup text articles and allow them to post and reply to text discussions. There are also "NZB" newsreaders which are designed to help users quickly and easily find and access binary content.

Something that makes Easynews totally unique is that it offers a newsreader you can use on your web browser, absolutely no software required! On any device that has Internet access (like a smartphone, tablet, xbox, playstation, etc.), you can use Easynews, exactly like how you would access a search engine like Google. Simply get onto your favorite web browser (like Chrome or Firefox), and log into Easynews - you'll automatically be directed to the search engine and you can start searching, previewing, and downloading from Usenet. 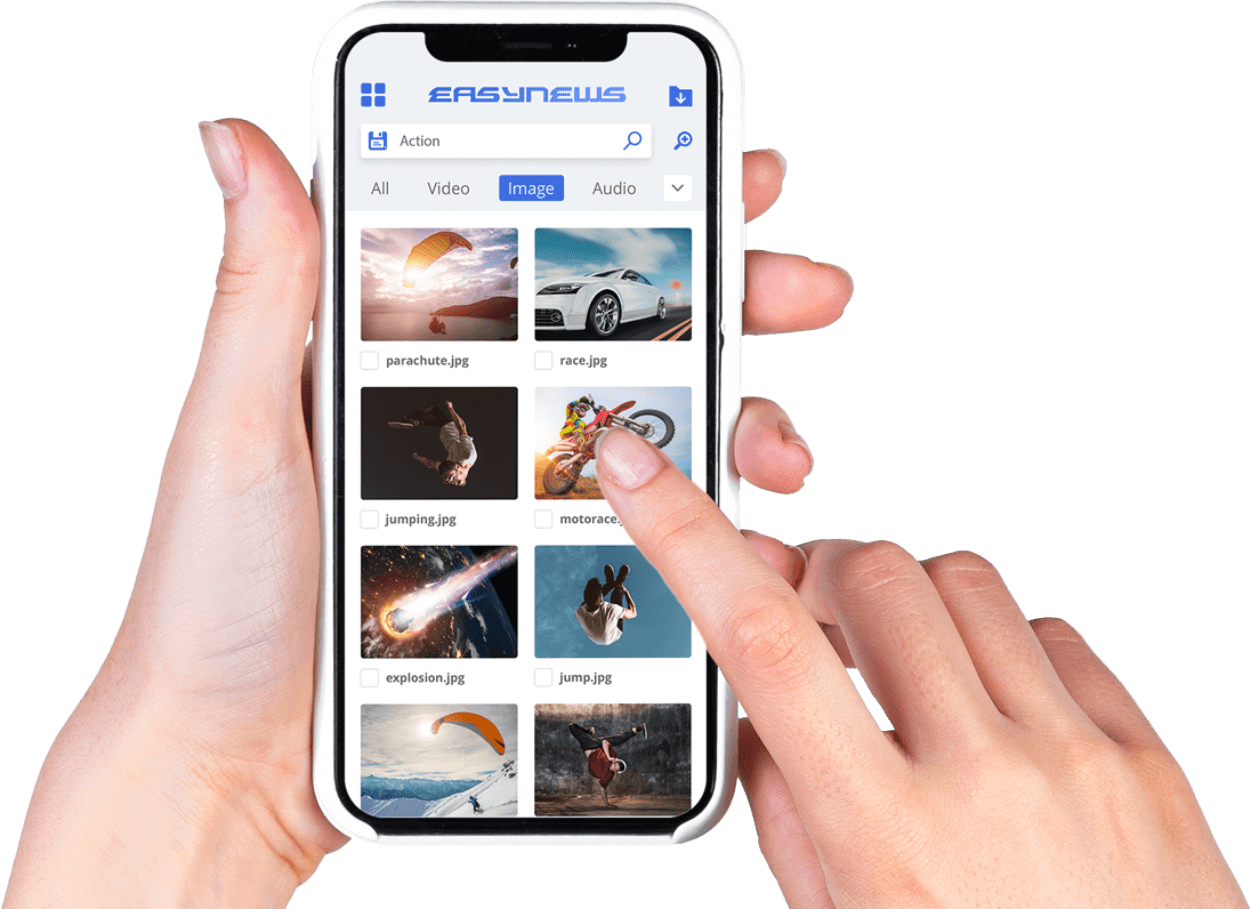 One of the key factors of Usenet is that it uses SSL encryption. SSL encryption helps to keep your search and download history private. SSL encryption provides the same level of security as a VPN and prevents anyone - including your ISP, your Usenet provider, and anyone else - from seeing what you're searching for and downloading.

Although SSL will give you privacy and security when using Usenet, keep in mind that your everyday online browsing activity isn't safe when you're using the Internet... and that's why Easynews also offers a free VPN add-on that protects your internet usage and browsing history. Don't go with a provider that doesn't deliver utmost security on all levels.

Interested in getting a 14-day free trial with Easynews?